All Power To The People Reading List: Emory Douglas and the Black Panthers

On 28 and 29 November 2018, The Black Archives developed a pop-up exhibition at the ALL POWER TO THE PEOPLE international symposium with Emory Douglas (former minister of Culture Black Panther Party )in the Hague. At this symposium The Black Archives curated exhibition based on a selection of books on the black power movement, black resistance and black radical intellectuals from different parts of the African diaspora. The pop-up exhibition also included several documents, artifacts and pictures from the archives.

You can find the All Power To The People Reading List here.

Which books should people read if want to be informed about the history of black resistance? Send your suggestions to theblackarchivesnl@gmail.com.
​ 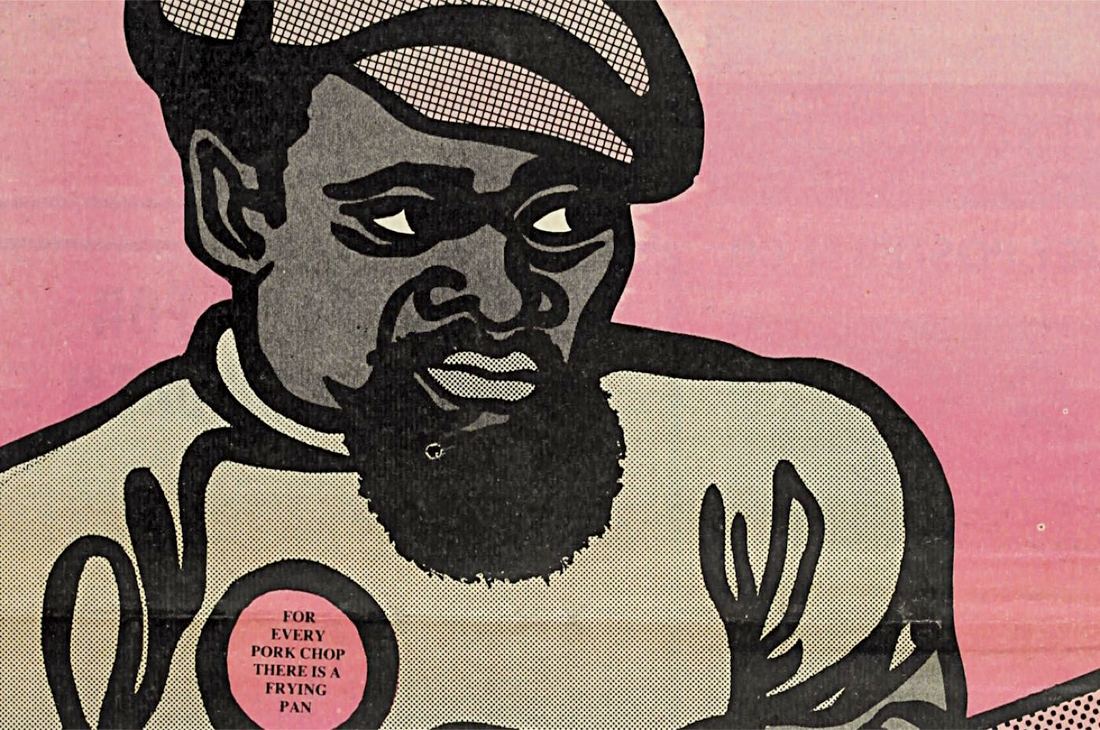 Emory Douglas, a revolutionary artist
Both in the US and in the Netherlands, institutional and everyday racism is still the cause of social and economic inequality between various groups in society. Emory Douglas' works and his appeal for revolution form a major framework to have a critical look at current times. During the two-day international symposium we investigated the role of artists and activists in the battle for a fairer society. The exhibition is open until December 22nd 2018.

After the symposium Emory Douglas, Firoze Manji (founder Pamazuka News) and Aldon Kimbrough (collector) visited The Black Archives. The work of Emory Douglas and The Black Panther Party inspired people all over the world, including Surinamese people in Amsterdam. Check out the video for more information.

Emory Douglas was born in 1943 in Grand Rapids, Michigan, and has been a resident of the Bay Area since 1951. He became the Minister of Culture for the Black Panther Party in 1967, a role he held until the party disbanded in the early 1980s. During the Party’s active years he served as the art director overseeing the design and layout of the Black Panther, the Party’s weekly newspaper. His work played no small part in propagating its combative criticisms of the U.S. government, as well as any other institutions or persons the party viewed as perpetuators of racism, police brutality, poverty and global imperialism. As the art director, designer, and main illustrator for The Black Panther newspaper, Douglas created images that became icons, reflecting the result of tensions and social unrest of the late sixties and early seventies. Immersed in a very complex space between art and politics, communication and propaganda, social activism and the portrayal of a society in a certain time and space, his practice can be understood as a collaborative body of work, in which the context, as well as the participation of a social movement and its representatives, constructed one of the most interesting imageries of protest and a new aesthetic of politics.
​
Artikel NRC: "Voormalig Black Panthers: ‘Politiegeweld wordt nu in elk geval erkend als probleem"

Whilst working on The Black Archives in 2016 we found a letter signed by Kathleen Cleaver to European Solidarity Committees besides several copies of Black Panther Party newspapers and documents of Dutch solidarity committees. During the symposium Kathleen Cleaver told us how these committees came about. As the Black Panthers were facing severe repression by the American state through police violence and politically charged persecution of members of the part several committees arose around the world to show their solidarity with the Black Panther Party. One of the committees was formed in Amsterdam. The committee translated communiques of the party and organized events such as movie screenings and protests.
Kathleen Cleaver

Kathleen Neal Cleaver was born May 13, 1945 in Dallas, Texas. She joined the Student Nonviolent Coordinator Committee (SNCC) in New York in 1966, and moved to the organization's headquarters in Atlanta in January 1967. She became SNCC's campus program secretary. While organizing a Black Students Conference in Nashville in Spring1967, she met Eldridge Cleaver. Kathleen Cleaver was the first woman to be accepted on the Central Committee of the Black Panther Party. She spoke throughout the country on issues concerning the Party, including the ‘Free Huey’ campaign which she helped organize in 1968. Also in 1968, she campaigned, unsuccessfully, for the state Assembly in the California Bay Area on the Peace and Freedom Party ticket. When Eldridge Cleaver fled the country from a federal warrant for his arrest in 1968, she joined him in exile in Algeria the following year. In Algeria they established the International branch of the Black Panther Party, returned from exile in 1975 and divorced in 1987. Kathleen Cleaver returned to academia in 1981 on a full scholarship from Yale University, graduating summa cum laude with a B.A. in History and subsequently getting a law degree from Yale Law School. Currently, Cleaver is a senior lecturer at Emory University School of Law as an expert in African-American history. Cleaver has brought her unique perspective on critical issues of race, gender and class to a wider audience, while maintaining her commitment to social and economic justice.
​
More about the Black Panther party of Self-Defense